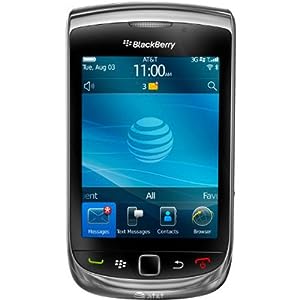 Torch 2 is indeed information that is almost identical to the previous form but there is a big leap from the hardware side, according to BGR (BoyGenius Report). Torch2 640x480px screen on the BB is “really great” and fit with a 1.2GHz processor that gives the flame on the “Torch”.

BB with this newest slider will use the BlackBerry OS version 6.1 and has some new hidden features that are already known, such as built-in compass. Latest version of RIM’s OS is also known to have additional hotspots and 3G graphics acceleration hardware to enable 3D games can be played first time on BlackBerry devices.

Most of the other features previously mentioned, such as 3G network support 14.4Mbps and support NFC (Near Field Communication). Some parts will still remain normal course, such as a five-megapixel camera and 8GB-in flash, although the camera is now capable of recording 720p video.

BB Torch first version has been launched as an effort to maintain market BlackBerry on AT & T in the face of the iPhone. A 600MHz processor on a Torch is felt underpowered and touchscreen display with a resolution of only 480 × 360 is almost unchanged from the Storm 2008 and is far behind compared to competitors like the iPhone 4 and other Android devices.